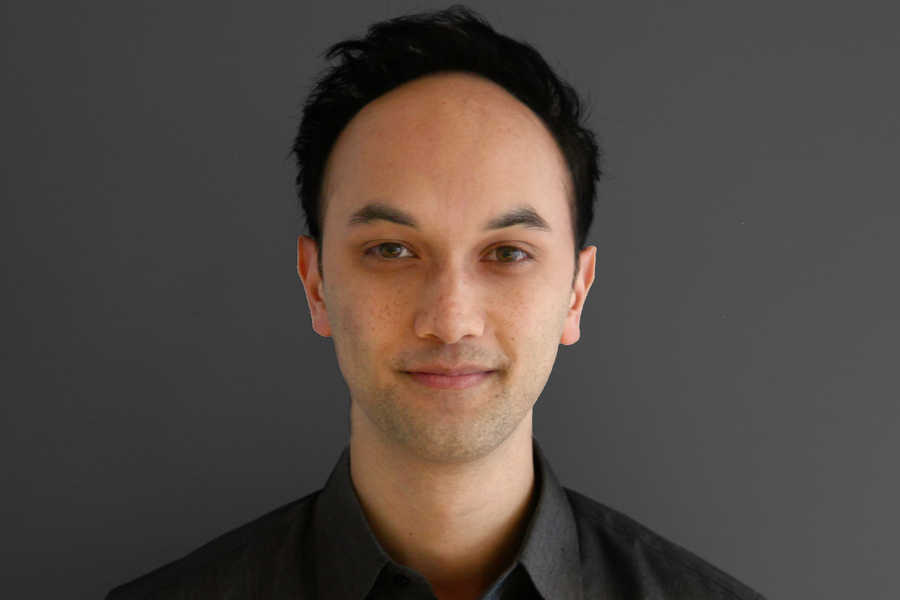 At school he excelled at science and math, so it was to be expected he would continue his studies in science or engineering. But he also had his hesitations. Cinema was his great love, for its power to conjure up narratives and worlds with images. Still, he applied for a study in architecture at Eindhoven University of Technology. For his master thesis he combined his fascination for spatial organization as a location for sensory and potentially narrative experiences, with the design for the transformation of an industrial site into a cultural centre. There was plenty of room for the imagination. He still makes visualisations showing travels through speculative urban surroundings.

‘I am inspired by the utopian and conceptual architecture of the sixties and seventies, but also by the visualization of SF stories and films. It is not just about the futuristic style, it’s also about the ideas behind the radical rethinking of life in cities and the images telling these stories.’

The striking ZJA design for the Lightrailstation at The Hague triggered him to consider working at the firm. What he Iikes at ZJA is the attention for new concepts to tackle the problems of sustainable urban living, the focus on parametric design and the attention for visualizations and functional aesthetics.

'What makes it so exciting, is that it’s about making designs that will be realized.'