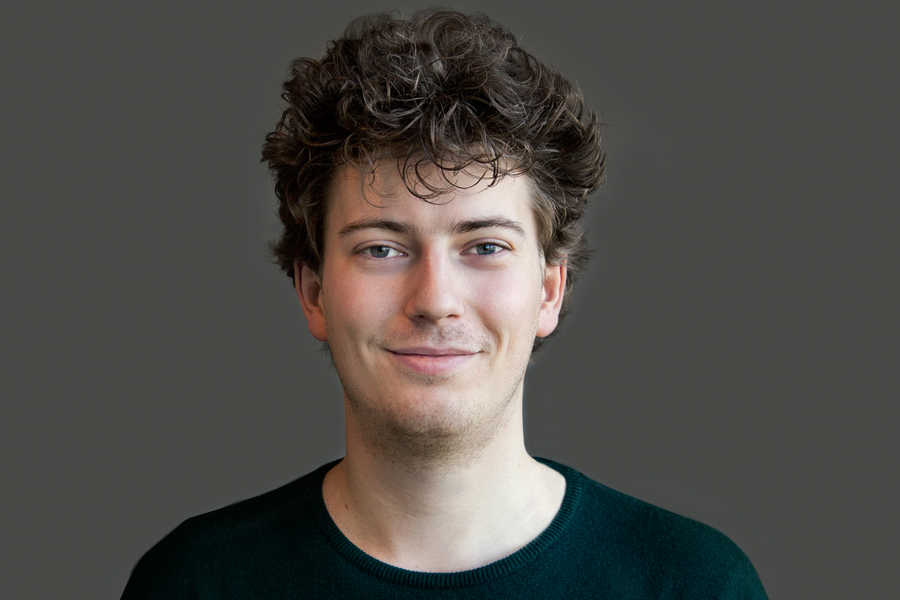 While growing up in the Dutch town of Bussum with afternoons after school spent running across the heathlands, Robin’s future seemed clearly determined. He would become a violinist. To this end, he combined grammar school with a young talent training program for the conservatory.

However, an inspired art teacher made him doubt his plans for the future: the critique Robin received on a project he did about a Renzo Piano building led him to discover the richness of architecture. Thus he decided to attend TU Delft, where he thoroughly enjoyed the varied nature of architecture and its mediating role between many specialized disciplines.

‘My musical experience centered around chamber music. Similar to architecture, chamber music is all about exploring and creating as a team. Creating something together that comes across as a natural whole, while simultaneously having an understanding of all the details and structures involved. This social aspect is vital for me.’

In his graduation project he designed an infrastructure system for Genua, a city built against the cliffs that is transitioning after heavy industry in the vicinity has stopped. Robin’s work explored the potential of linear pedestrian connections to give new life to the city.

At ZJA, he feels an affinity for the focus on infrastructure and the quest to design in a more circular and sustainable way. ‘In the future I would like to participate in research about new materials. In particular I’m interested in methods of design that don’t work against nature, but in a symbiotic relationship with the natural environment and the landscape.’

One day, together with his girlfriend, Robin hopes to design and build his own home in the countryside, one that merges with its natural surroundings. Constructed as much as possible with my own hands, he adds.