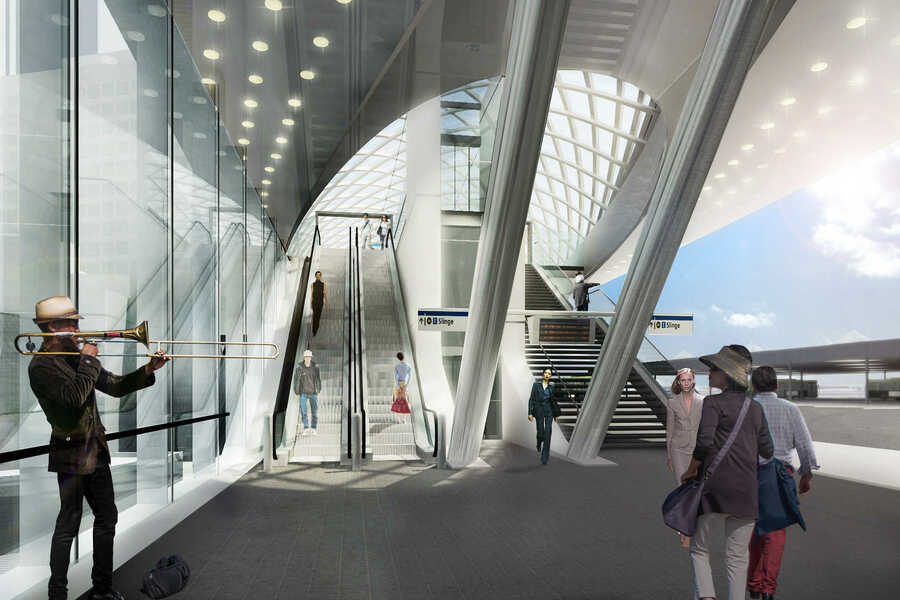 On November 20th construction has officially started for the new Erasmusline – departure station designed by ZJA at The Hague Central Station. The Erasmusline is part of the Randstadrail and connects the cities the Hague and Rotterdam. The metro’s currently use the existing railway tracks of the Dutch National Railway. When completed in 2016, the metro’s will be able to use their own tracks.

The station is situated next to the elevated bus platform. The sculptural form of the roof creates a striking and distinctive object that takes the human scale into account while being able to counteract the adjacent structures of The Hague New Central Station. There is a smooth transition from the roof to a large canopy that enables passengers to travel between the Erasmus Line departure station and the main concourse of The Hague Central Station.