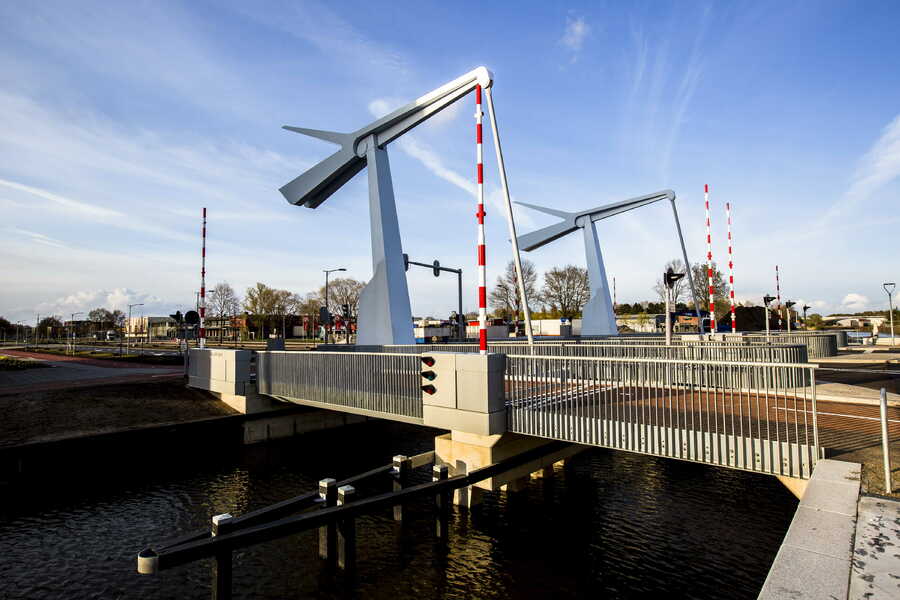 The bridge “De Blauwe Klap” in Assen, designed by ZJA, has been nominated for the European Steel Bridge Awards 2016. The awards are presented every two years by the ECCS, the European alliance dedicated to steel in construction and architecture, in recognition of exemplary applications of steel in the construction of bridges in several European countries. De Blauwe Klap is one of the two bridges that the SNS, the trade association for Dutch steel construction companies, submitted on behalf of the Netherlands. The bridge has been nominated in the category Road and Railway Bridges.

De Blauwe Klap was inaugurated at the end of 2015 and is part of a series of six bridges located along De Blauwe As, forming the so-called heading of the series. The heading distinguishes itself specifically from the other bridges by manifesting itself as a landmark. From afar, the focus is on the playful form of the balance prong. ZJA chose to create expressiveness and airiness with the design by dividing the traditional balance box into four sections. This gives the balance a more subdued look and therefor the expressive form of the bridge does not distract traffic. The bridge is constructed entirely of steel and concrete abutments.

De Blauwe Klap is nominated together with the Odins Brige in Denmark and the Sundsvall Bridge in Sweden. The winning bridge will be announced in Stockholm on November 14th.

ZJA provided the architectural design of De Blauwe Klap, Volker Steel en Funderingen was responsible for the structural design and steel construction and Van Hattum and Blankevoort for the lead construction.