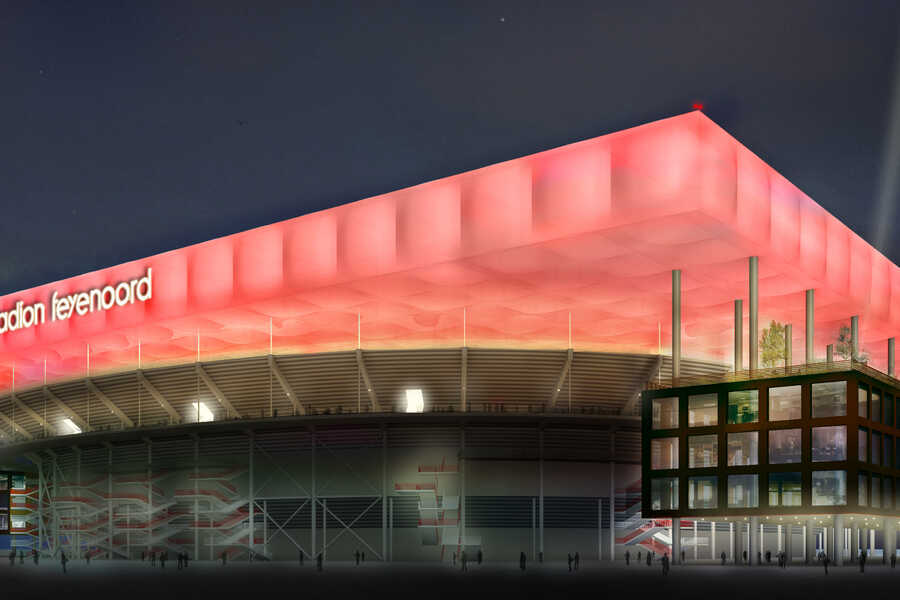 20 years ago, ZJA worked on the revitalization of “de Kuip” (“the Tub”). Since those days, ZJA has fell in love with the magical atmosphere and the experience that the football stadium provides. On its own initiative, ZJA worked on an unsolicited proposal for renovation. In this, expansion and modernization of the facilities, while retaining the atmosphere and experience of “de Kuip”, with all her history, is the premise of the proposal. In the process of developing the proposal, ZJA has become convinced that a renovated stadium is possible, while simultaneously maintaining the historic context of “de Kuip”. From an economic perspective, it is even more advantageous to maintain the “tub” of the current stadium and to expand it with new facilities rather than to build a new stadium. By applying a clever sequence of construction, an uninterrupted operation of the stadium is possible during the renovation, allowing all matches in “de Kuip” to take place without delay.

Amongst others, the plan consists of expanding the business units, lowering the playing field, adjustments to the grandstand nearest the pitch and an extension of the second ring. This all gives the stadium a capacity of 63,000 to 70,000 seats, meeting all the FIFA requirements. In two large building volumes, which are to be connected to longest sides of the stadium, all the facilities for visitors are to be accommodated. Most public facilities will have a view of the field. Sections of the building, which can be extended at a later date if required, serve as a support for the new grandstand roof and a sliding roof, which could also be added at a later stage. The overall proposal ensures that the atmosphere and experience of the existing Kuip is retained, while offering room for expansion and renovation of the facilities and allowing for any future developments.