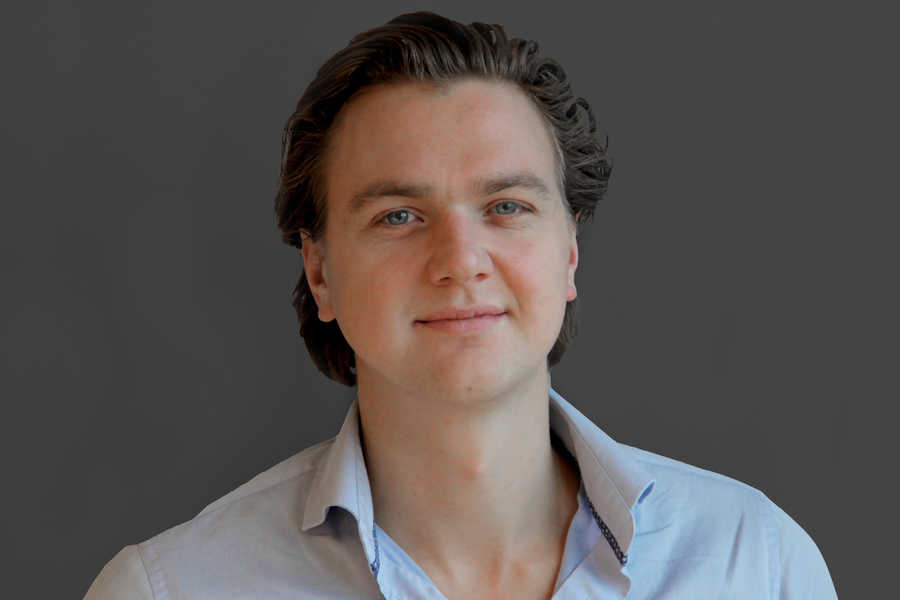 As was obvious even during his childhood, Berend is always busy building. At first with Lego, or constructing rafts and huts, and later in computer games that involve building homes or even entire cities. Born in Zwolle, he was raised to have a keen eye for the environment, the design of gardens and landscapes. He shared an early interest in architecture with his father. After completing a degree in structural engineering in Zwolle, he spent a gap year as a deckhand on large sailing yachts in the idyllic waters around Australia. He then returned to complete his Master’s in architecture at the TU Delft.

‘I chose the department for Complex Projects and graduated with an ambitious futuristic project: a design for a Hyperloop Station. Hypothetically planned for the year 2100 at Bullewijk, it was intended to connect Schiphol Airport, the Zuidas, Amsterdam Zuidoost and their hinterland with international destinations. The station would also be a hub for train, metro and autonomous bus services. It was designed in modular carbon hexagon elements, to be 3D printed on site.’

His enthusiasm for complex infrastructure projects and unique public buildings such as sports halls or stadiums made the move to join ZJA perfectly logical. He is still directly involved in construction. In collaboration with a contractor he has built a modern apartment inside an old house, to his own design. In his leisure time Berend likes to travel, gathering new impressions or visiting football matches in interesting stadiums. ‘But maybe best of all is going into the mountains to ski. Surrounded by snow-capped peaks, the sun, the combination of being outdoors and being active, skiing and snowboarding and enjoying a beer with family and friends in the evenings.’