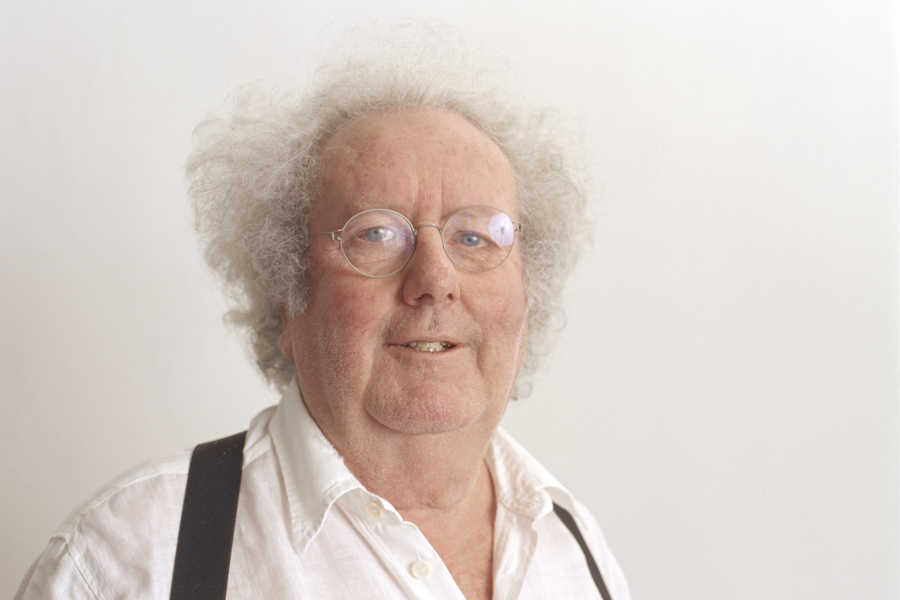 He was born in 1937 in Haifa, in what was then called Palestine. He was the only child of parents from Amsterdam, who had emigrated to the English Protectorate out of zionist conviction. Somewhat disillusioned, they returned to Amsterdam in 1939. During the Second World War the family was deported from the Dutch camp of Westerbork to Bergen-Belsen, but after being liberated by the Russian Red Army, they succeeded in returning to the Netherlands. They were taken in at the catacombs of the Amsterdam Central Station, a cold reception that the eight-year-old would never forget.

After finishing his HBS (Grammar School) he went to Delft to study architecture at the Technical University. Before long he became an admirer of Van Eesteren and Van den Broek, with the latter of the two his mentor when he graduated cum laude in 1963, presenting a grand design for a New Schiphol. To make sure the layout and design were truly efficient he let the computers at TU Delft and the one at the Leiden University run for 48 hours to determine the best location of the gates, the trajectories and best ways of people transport. He was the first architect at Delft to use computers for architectural design questions.

This was typical for Moshé’s way of thinking: down to earth, but unconventional, even against the grain and ignoring taboos when necessary, and always in pursuit of improvement by rational investigation. He described himself as an optimist who was convinced of the advantages of technological innovation, science, hygiene and rational planning. His optimism included the human potential to develop, and to realize better living conditions for himself and others by acquiring knowledge and culture.

However abstract his work might have been, however closely his enthusiasm was caught up in mathematical, constructive and technological discovery, in all his designs the life of ordinary people was a basic principle. All design and construction served to improve everyday life.

His first employer was the Shell Plastics Laboratory, where he did research into radical innovations in social housing, by using plastics and an industrial conception of the construction process. It was possible to build better and affordable homes in less time, if one questioned all existing notions of design and construction thoroughly and critically and took notice of new possibilities and new materials.

A new wind was blowing at the Technical Universities in the Netherlands and the potential of Moshé’s combination of constructive-mathematical creativity, his ability to break down complex situations into rational problems and his down to earth and practically oriented curiosity was recognized. In 1969 he was offered a fellowship and a little later a chair as professor Construction methods and technologies at TU Eindhoven. Starting in 1982 he also held a similar chair as professor at TU Delft.

Moshé Zwarts was an individualist, who plotted the course of his career using his very own considerations. He would not reach retirement as university professor. During the late eighties the desire to design, make hands on discoveries and realize them, became stronger and stronger. Somehow the experiments and designs he developed in his own studio became entangled with questions and requests that people approached him with.

In January 1990 Moshé, aged 52, founded an architectural firm in partnership with Rein Jansma, ZJA Zwarts & Jansma Architecten. Rein is the son of one of Moshé’s dearest friends, Arie Jansma, a man who lived a life as an adventurous communist activist, a building contractor and an intuitive designer whose ‘things’ were exhibited in the Stedelijk Museum. Rein was an inquisitive and gifted youth, hopping from studies in architecture, science to art, and becoming more and more Moshé’s partner in research and design.

So different as they were, they also had a shared enthusiasm for studying nature with a rational mind and intuition and play the game that is about discovering the most astonishing possibilities and solutions. Referring to the cartoon characters they were sometimes referred to as Tintin’s Professor Calculus and Helper, the living light bulb and assistant to Gyro Gearloose, the inventor of Disney’s Ducktown. In a matter of years, they were designing for big and complex commissions, such as the Dutch pavilion at the World Expo in Sevilla, the subway station Wilhelminaplein in Rotterdam, the renovation of Feijenoord Stadium De Kuip, and the meanwhile world-famous light rail station at the Beatrixlaan in The Hague.

Looking back and passing on

The firm expanded into a company with some fifty employees, and with Reinald Top and Rob Torsing joining the board in 2003. In 2009, at the age of 72, Moshé stepped back from the firm and continued his private research and design practice. And travelling with his wife Mineke, making trips with his beloved motor yacht David. In 2007 he wrote a huge illustrated book for his grandchildren, to portray his history as an inquisitive person, a thinker and designer, as the husband of Mineke, his love since adolescence, and as father of Dafna and Eliana. In it his attention goes to the changes and progress in the world, to cars and games that have disappeared, to education and feminism, to household appliances, fashion and the development of the computer. Everything is investigated with intense engagement, down to earth but questioning, critical and sometimes he is quite sure that ‘this is blatant nonsense’. Towards the end of his life he became more interested in passing on his views and ideas, his memories and experience to his friends, family, children and grandchildren.

In august 2019 he held a speech at the presentation of a plaquette at Amsterdam Central Station, to commemorate the failure of the Dutch government to supply a fitting reception for survivors of the German concentration camps in 1945 at the station. He stated that he saw the plaquette and the reception in the Royal Waiting Room as proof that there is such a thing as progress, also in human affairs.

Moshé Zwarts was an idiosyncratic Dutch architect, a pioneer and an inventor, a cheerful man who could be sharp and recalcitrant, who was moved and inspired by a great and inquisitive sense of wonder about nature and human possibilities. A truly free spirit, a man who for a lifetime stayed true to his loves and curiosities and could not keep quiet when he encountered stupidity and villainy. In things big and small alike he chose to increase knowledge, freedom and joy. As far as he was concerned this was the key value, not only in design and research, but just as well in society, and in his personal life with family and friends.