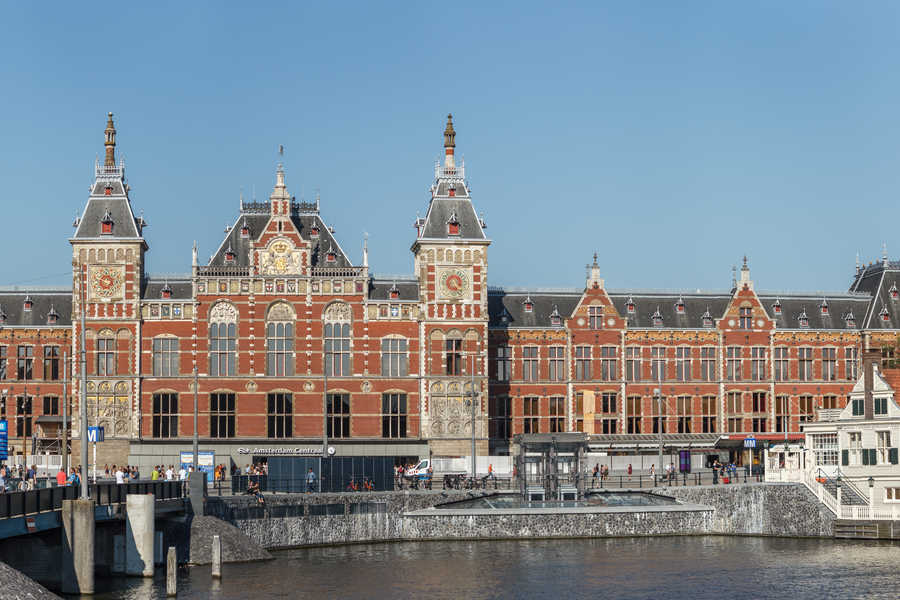 The station, designed by Cuypers, is an icon of Amsterdam and a unique monument of national importance. ZJA Zwarts & Jansma Architects has been commissioned by ProRail to elaborate their vision for Amsterdam Central Station, in collaboration with Braaksma & Roos Architectenbureau and IGG. The station will be made ready for the future by providing more space for the increasing number of travellers. The starting point in all this is to make consistent use of the station's historical character.

Amsterdam Central Station has evolved from a 'Palace for the traveller' to a major international traffic hub. For 128 years, the station has always been able to adapt to the increasing flow of travellers and has shown itself as one of the most resilient monuments in the Netherlands. The “Programma Hoogfrequent Spoorvervoer” (PHS) from ProRail calls for a far-reaching modification: widening of the Oosttunnel and the platforms, widening and moving the vertical ascent areas and optimizing the Westknoop.

The station, designed by Cuypers, is an icon of Amsterdam and a unique monument of national importance. The many interventions in the past have changed the original character of Amsterdam Central Station. A uniform and clear structure has disappeared over time, making it more difficult for the travellers to orientate. The winning team consisting of ZJA, Braaksma & Roos Architectenbureau and IGG developed a vision that strengthens the functionality, orientation and experience of the station as a whole and brings unity into the variety of ambiances. With this vision, the iconic monument is again deployed as the main way of providing signage - the monumental buildings becomes more recognizable and guides the traveller through the station in a natural way. For example, by making the Oosttunnel as wide as the current West- and Middentunnel, a new spatial quality is created.

The team of PHS Amsterdam Centraal

With the selection of ZJA, Braaksma & Roos Architectenbureau and IGG, ProRail has chosen a design team with strong visionary quality, a pragmatic attitude and a connecting force. ZJA specializes in extensive architectural, mostly infrastructural, tasks. The office has been working with ProRail on design tasks for stations for some time now. Braaksma & Roos Architectenbureau is a leader in the field of complex, monumental transformation and renovation tasks. IGG will add expertise in building advice and cost engineering to the design team. The office has already advised during Amsterdam Centraal's earlier renovation phases.