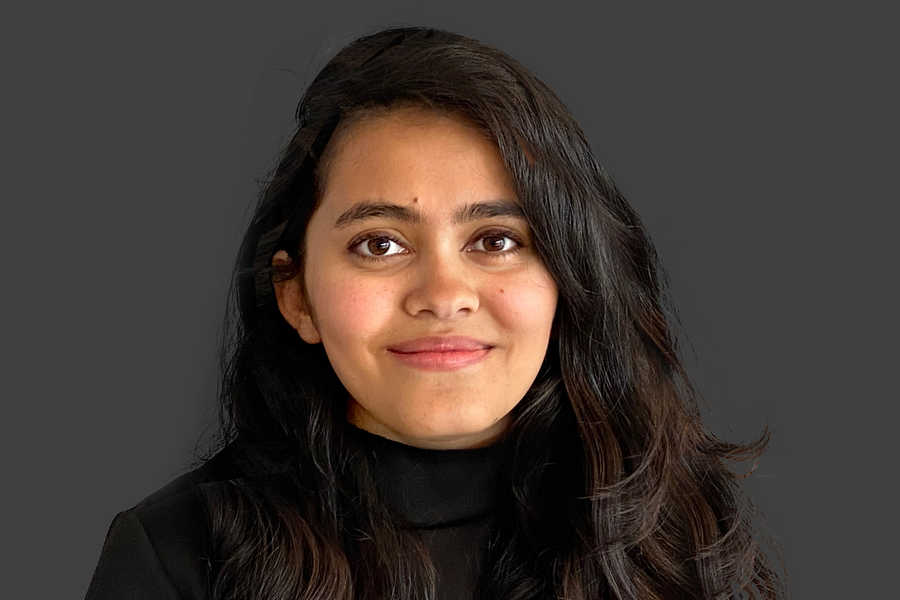 Krishna hails from Bombay and her father is a civil engineer. Determined not to follow is his footsteps, she was convinced she would become an aerospace engineer. But architecture seemed more and more attractive as well. After school she had the opportunity to start both courses of study and she kept her options open.

‘In our five-year bachelor course, we spent the first two years studying self-organizing system dynamics and patterns in nature, in shoals of fish, in seashells and broccoli. When we got acquainted with parametric design in the third year, it was like coming home! I’d missed the clarity of maths and science.’

The architecture department at her university was very internationally oriented, with many foreign professors, so she knew exactly where to give free rein to her rambunctious pursuit of knowledge: TU Delft, in the robotics department, formerly known as Hyperbody. There she soon became an honours student and joined an aerospace team designing moon and terrestrial rovers. Her graduation project presented designs for the integration of soft robots that could guide, coach and interact with people in a programme to transform a former shipyard in Vlissingen into a cultural centre.

ZJA is a logical place for her to work. It is the rare architectural firm where computational design is not just a tool that comes in handy once in a while, but a priority and a preferred design model.

‘It’s such a wonderful atmosphere with so many opportunities for research. Plus, I have the chance to work with people who are real cutting-edge computational designers that represent the perfect balance of engineering and design. I can learn so much. At the same time the architecture here is all about the circulation of people, the creation of public space and the user experience, which is important for me.’

Running is the preferred way to clear her mind and relax.