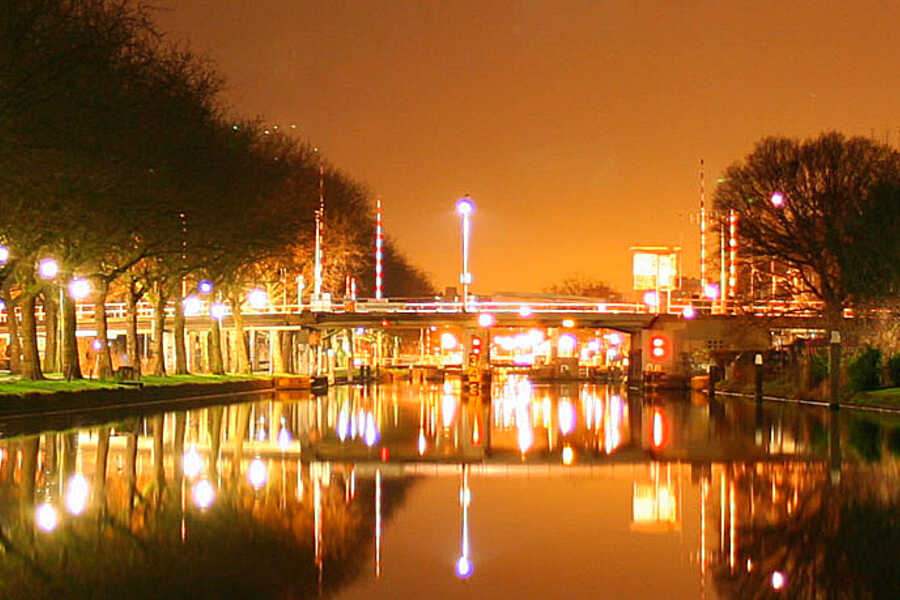 Zwarts & Jansma Architects and the engineering firm DHV have been selected to build the new St. Sebastiaansbrug in Delft. The present bridge, dating from 1963, is in poor condition and has been closed to heavy traffic for years. The bridge is an important link between the city centre and the Wippolder district. In 2008, it was found to be in such poor condition that for some time it had to be closed to traffic entirely, and it remains closed to heavy traffic. This stands in the way of extending the route of tram 19, which connects Delft and Leidschendam, to the northern Delft University of Technology area and Technopolis, a business park to be constructed.
ZJA and DHV have been selected by the province of South Holland to design a new bascule bridge. This new St. Sebastiaansbrug will be one of the most conspicuous structures in the cityscape. The ZJA design will be tested by a quality team assembled specifically for this bridge.