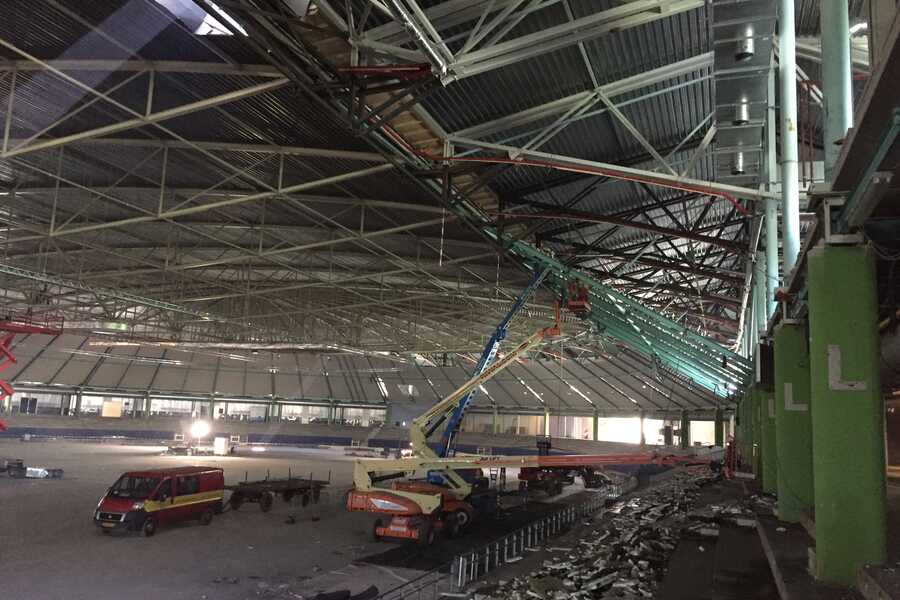 Now that the ice skating season has come to an end, the last phase of the renovation of Thialf in Heerenveen has started. During this phase, Thialf will be disassembled from the inside and the finishing of the building will be completed. The old facade will be removed and the existing roof structure above the ice rink will come to rest on the new columns. Currently, work is ongoing to remove the old roof section of the second ring.

The restoration enables Thialf to remain the best ice-skating rink in the world and a modern elite sport training facility with many glass walls that give an optimal visibility of the ice rink from anywhere in the stadium. The new Thialf will officially open its doors again in the fall of 2016.