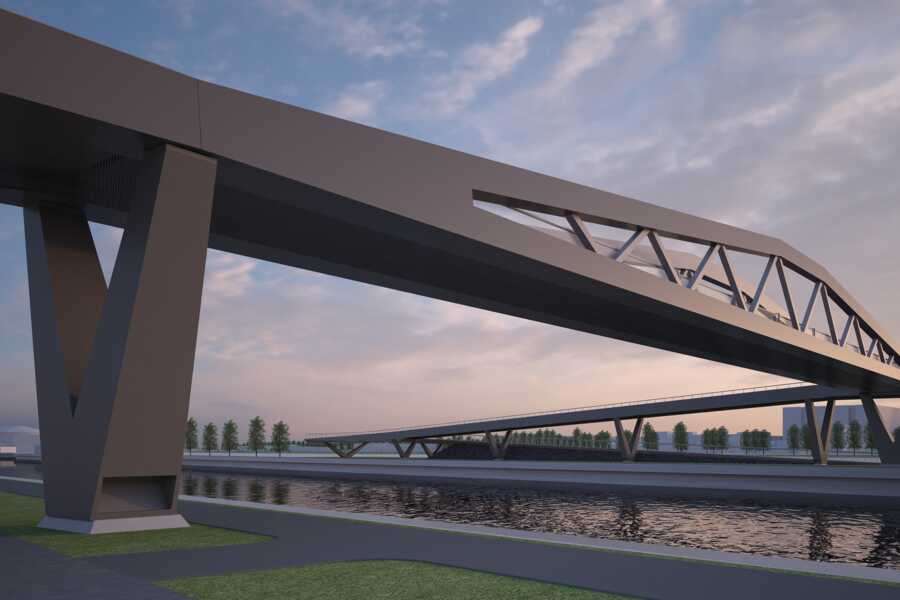 The new pedestrian and bicycle bridge, designed by ZJA, will replace the IJzerlaanbridge across the Albert Canal. The new bicycle bridge is nearly half a kilometre long, making it the longest bicycle bridge of Flanders. On the night of 3 - 4 December, the steel deck of the new bridge will be installed.

The steel bridge has a strong horizontal character, with the side-rails acting as load-bearing elements. Over the canal, these rails are opened up to create high spatial beams, so as to offer views of the surrounding area. The bridge has a dark grey exterior, befitting the harsh industrial environment. On the other hand, the inside of the bridge focuses on the user and has a light white colour, providing a pleasant cycle route. The V-shaped columns that support the bridge have a minimal impact on the underlying park and give the bridge a modest appearance.

ZJA has been commissioned by THV RoTS to design the Oosterweel connection right bank and associated preparatory works, required to improve mobility in Antwerp.