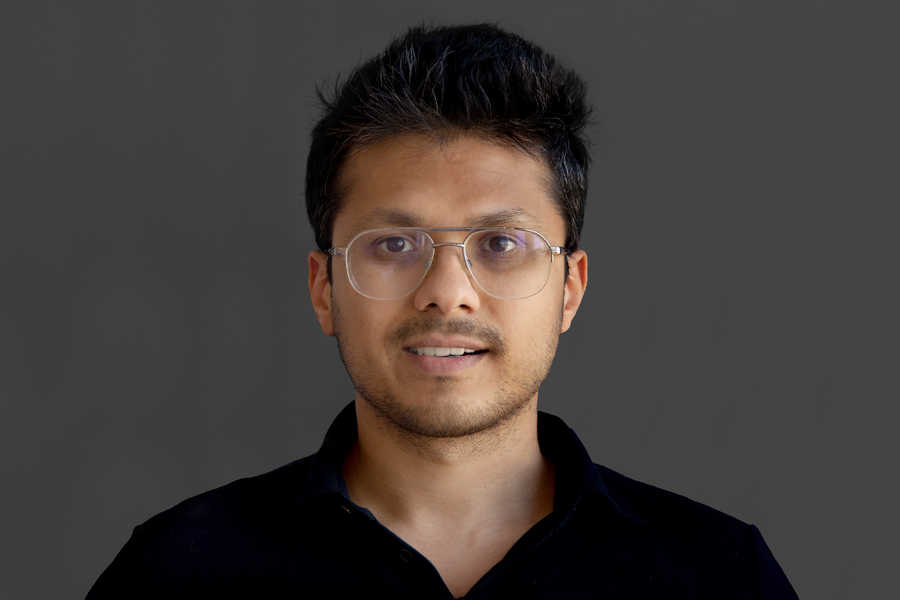 Arav grew up in New Delhi and his parents are both architects. His father designed airports, so as a child he played with model airports and the model planes and trucks that came with them. For a while he considered becoming a car designer, but he ended up graduating as an architect and working for architectural firms in India for several years.

‘What has always fascinated me about buildings is their adaptability, the way you can change them and make them mobile. An extreme example is Kumbh Mela, a riverbed that dries up, where once every three years more than a million people build an entire city. After a religious festival lasting a few months the whole city disappears and the river returns.’

This fascination prompted him to take a master’s at the Hyperbodies department at TU Delft. His graduation project focussed on the use of sand in temporary structures. He married a Dutch woman and found a job at ZJA.

‘For me, architecture produces a feeling of happiness when you experience how a large-scale design actually fills up with human activity, with life. At ZJA there’s a lot of opportunity to carry out research into new adaptable structures, which is great. But recently I’ve also been heavily into designing virtual spaces. The internet is going to become 3D, and as an architect I want to be a part of that.’

In his spare time Arav goes hiking or mountain biking with his wife. Don’t be startled if you should meet him on the Veluwe, running with a pack of huskies.