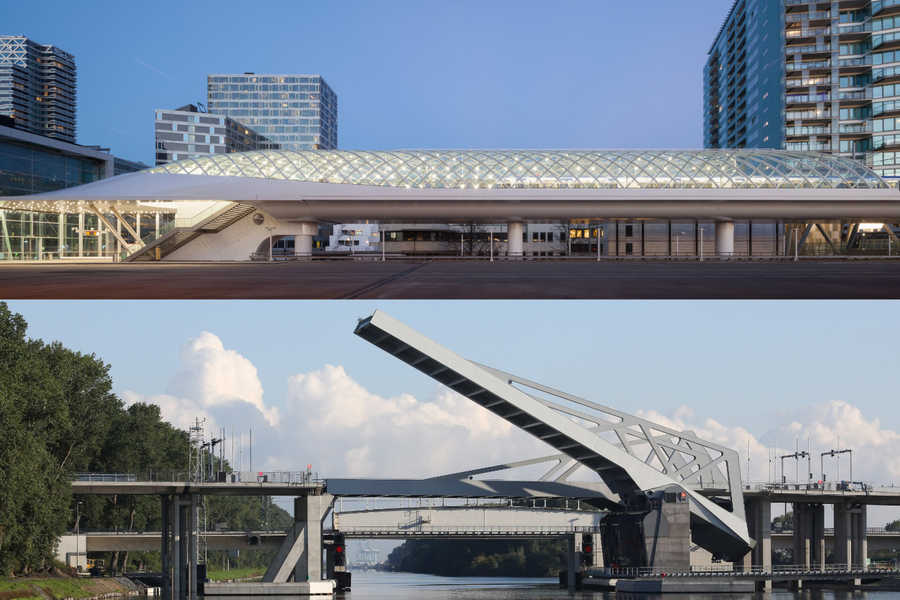 The lightrailstation The Hague and the movable bridges in the new A11 motorway crossing the Boudewijn Canal in Bruges, both designed by ZJA Zwarts & Jansma Architects, have been nominated for the Belgian Steel Awards 2018. The award is presented annually to inspiring steel construction projects.

One of the most impressive structures of the new A11 motorway in West Flanders, Belgium, is the double movable bridge crossing the Boudewijn Canal. The bridges are slim and part of a long viaduct; one of the largest structures of the A11. It is also the first set of movable bridges in a motorway in Belgium. The bridges allow passage for seagoing vessels to the port of Bruges. The view through the bridge has been kept open to a maximum by optimizing the integration of the mechanical components into the columns of the bridges, by positioning the ballast box under the tail of the bridge and by placing the technical rooms in a basement below ground level. The bridge decks extend well over 50 meters from the columns; the lattice constructions above the deck transfer the forces to the ballast boxes and columns while marking the passage of the Boudewijn Canal for road users on the A11.

On November 8th the winners will be announced during the Steel Construction Day in Affligem, Belgium.