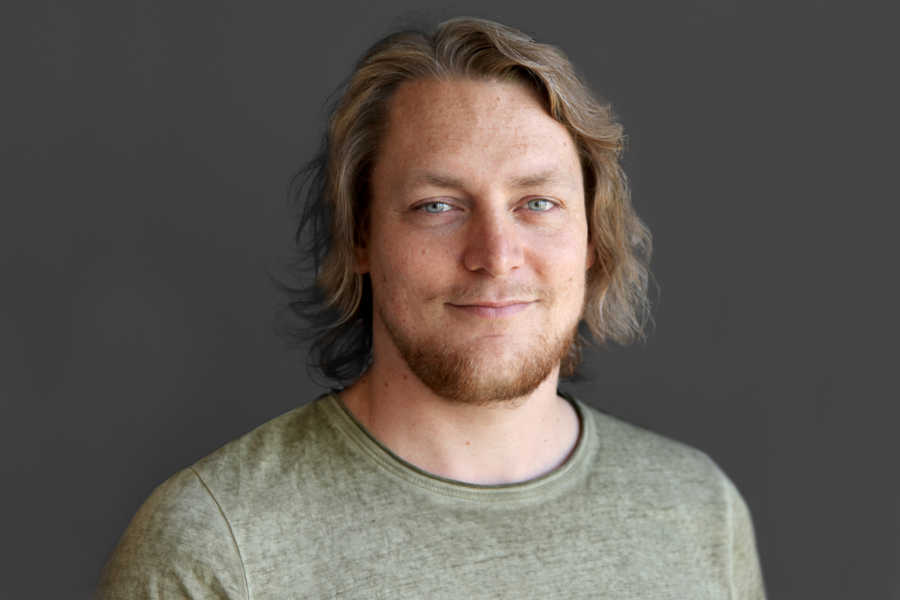 At what was then still called the Grafisch Lyceum Amsterdam, Jonathan began studying to become a web designer and graphic designer. But before long he found that too limiting, since he was mainly interested in the immense technical versatility of information technology. While taking a course that would qualify him as a system administrator, he discovered and learnt a great deal for himself and was soon working for several IT companies. A recruiter drew his attention to ZJA. The versatility of the ICT at ZJA attracted him immediately and he felt completely at home there.

‘The designs and presentations require heavy-duty computer systems; the research takes place based on complex calculations and the ICT needs to be fast, stable and up to date. We’re now creating a universal data set that can be used by different programs in real time. So imagine, you’re drawing a space in one program, I’m looking at it through a VR system, and you can change or add something in a third program. It’s great to be able to ensure that people can do their work more quickly and pleasantly.’

A Star Wars fan, Jonathan is a Lego collector in his spare time. He sometimes makes challenging structures in Lego along with his son and daughter, competitively. ‘Think of a river, the water, the banks and the bridge, all made of Lego.’