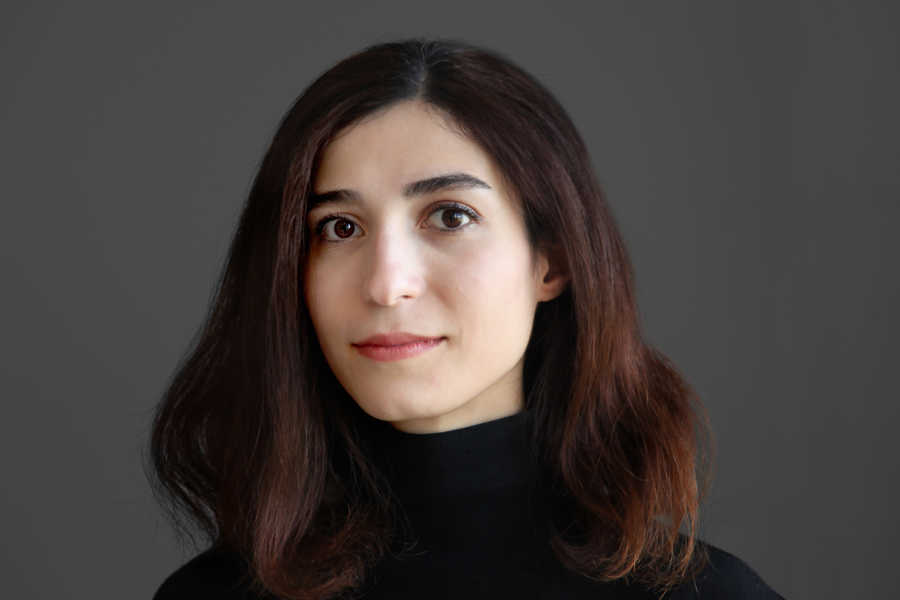 As a girl Kiana fell in love with mathematics, and for a while it looked like she was headed towards becoming an electrical engineer, but her interest in art and drawing, and an uncle who was an architect and opened her eyes to the spatial qualities well designed buildings can have, made her enroll in the Faculty for Architecture.

‘In Teheran the architecture department is part of arts education, which meant that we not only received a broad and thorough education in architecture, but also that we were in close contact with many other art forms, such as music, theatre and fine arts. It was a marvelous time, to live among kindred spirits and exchange ideas and work.’

For her master she studied architecture that designed for reconstruction after natural disasters. That was a direct result of her involvement with the situation in the region of Tabriz, where her mother’s family is from and that is often struck by earthquakes.

As a next step in her development she moved to Europe and came to the TU Eindhoven. She was attracted to parametric design, because of the great freedom of form it provides, allowing to better accommodate the spatial wishes of clients and users. But also because her old love, mathematics, plays a crucial and creative role. She can fully follow this interest at ZJA, where she feels right at home.