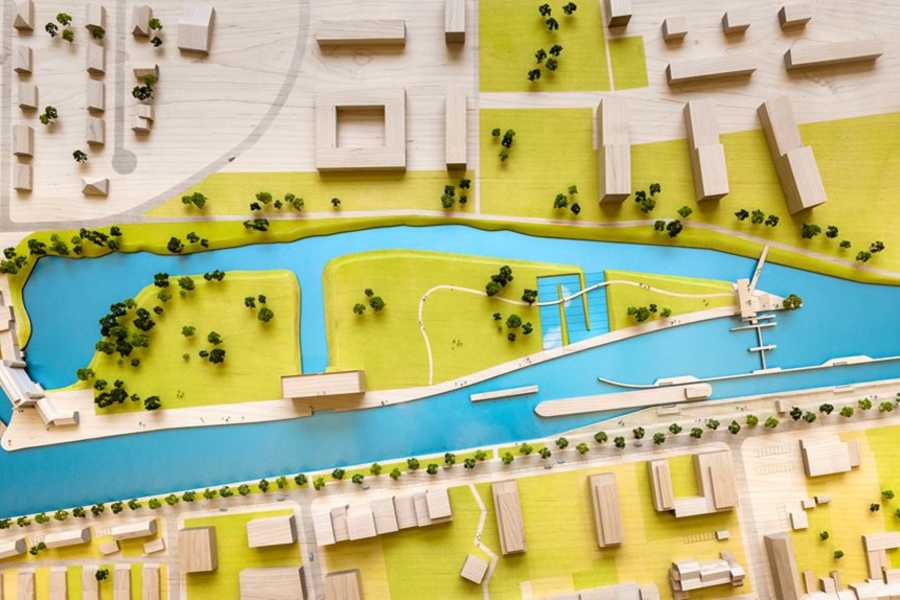 A major milestone for the Leiewerken in Harelbeke and the inland shipping project Seine Schelde Flanders: the new lock in Harelbeke, a design by ZJA Zwarts & Jansma Architects, has been opened for shipping on the river Leie.

The new lock
Last year, work on the concrete construction of the new lock was completed. After that, the lock doors were installed and the final activities were completed. In January, the lock was filled with water and extensively tested. Yesterday the first vessels passed through the new lock.

ZJA designed the new lock, the quays and the lock plateau in close cooperation with Bureau Bas Smets. In addition to the construction of a new lock and an energy neutral weir, Moleneiland will be redeveloped to include a fish ladder and a swing bridge for cyclists and pedestrians. In 2016 the new Hogebrug was already inaugurated as the first phase of the works.

Seine Schelde Flanders inland waterway project
The Leiewerken in Harelbeke are part of the larger inland waterway project Seine Schelde Vlaanderen, in which the Leie is being expanded to allow larger vessels on the Leie. This offers inland shipping as a full-fledged alternative to freight transport by the road and aims to achieve less congested roads.