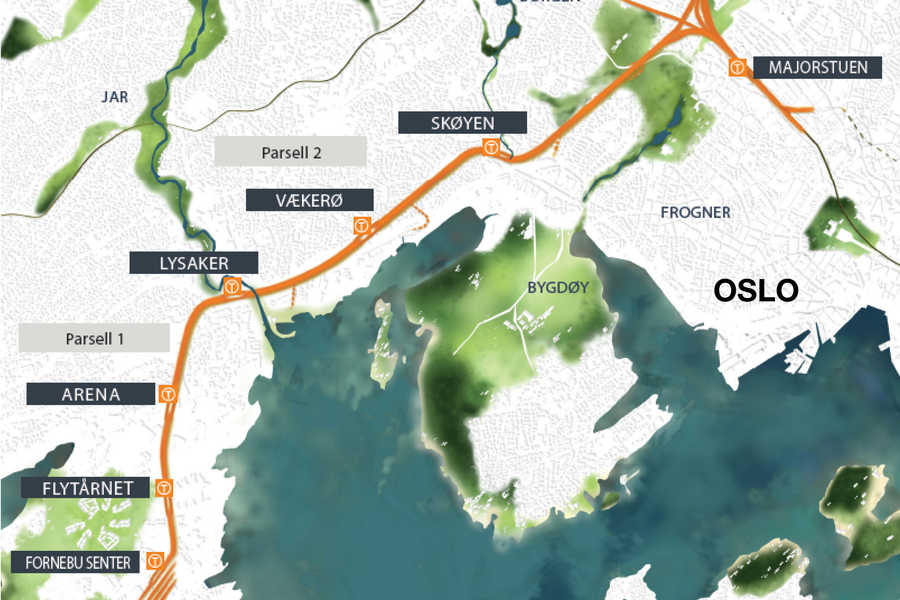 For the design of the six new metro stations along the Fornebubanen in Oslo a design competition has been organised by the City of Oslo/Fornebubanen. The team comprising of Sweco Norge, Sweco Architects and ZJA Zwarts & Jansma Architects is one of the 14 candidates that have now been invited to participate in the competition. The Fornebuban is the largest subway development in recent times in Oslo.

Architect Rob Torsing: “For us, this is a first entry into the Norwegian infrastructure market, having earlier set foot in Sweden with the Hjulstabridge and having developed a concept for a buoyancy bridge for the Sognefjord in Norway in the past. It’s also an exiting opportunity for us to work together with Sweco Norge and Sweco Architects in Sweden.”

The deadline for the submission of the design - and architecture proposals of the stations is set at the end of June 2018. Then a jury will review the submitted proposals and decide who will be commissioned with a contract for designing a station. Each station is a separate design and design contest, and one winner will be awarded for each station.