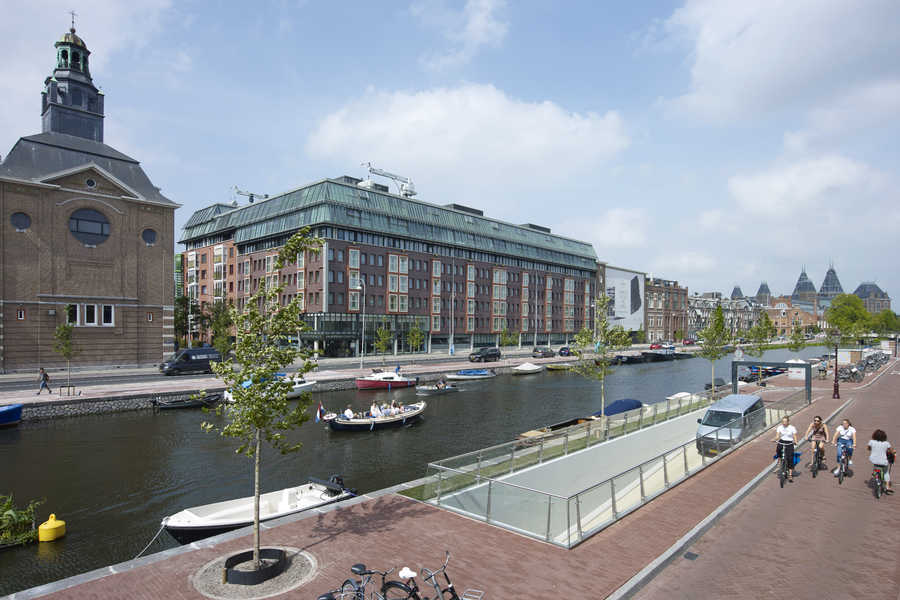 First parking garage built under a canal in Amsterdam

ZJA designed an underground parking garage for 600 cars and 60 bicycles under the water of the Boerenwetering canal. Max Bögl Netherlands B.V. is responsible for the construction of the Albert Cuyp parking garage, commissioned by the Municipality of Amsterdam. With a large number of parking places disappearing at street level, more space becomes available for pedestrians, cyclists and planting. The idea behind the design is to blend the parking garage into the existing urban landscape. All installations are installed out of sight as best as possible and the ramps are integrated into the existing quays without any conspicuous elevations.

The new Albert Cuyp parking garage could be an example for other cities that have a limited space above ground. Furthermore, underwater construction in cities can be used for multiple applications. In the past ZJA, together with Strukton, already designed a plan for a possible urban expansion under the canals of Amsterdam; AMFORA. In addition to underground parking spaces, the concept also offers spaces for sports facilities, shops, cinemas and other recreational areas. In this way, the urban space under the city of Amsterdam is better utilized. This makes AMFORA a smart solution for the growing shortage of space in the city.